Emergent Works is bridging the gap between the tech industry and historically underserved communities impacted by mass incarceration. They are creating access to high paying tech jobs for people reentering society, while increasing diversity in the field. 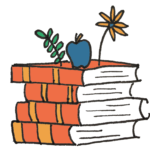 📂 ~70M people in the U.S. have a criminal record, including those that were arrested but not convicted. That’s about 1 in 3 adults in the country. These records have long-lasting impacts on access to employment, housing and more.

👷 Despite wanting to work and to find stability for themselves and their loved ones, formerly incarcerated people are largely shut out of the labor market, facing discrimination among other structural barriers. Even before the pandemic, the unemployment rate for formerly incarcerated people was 27% – nearly 5x higher than the unemployment rate of the general population.

💡 Programs like Emergent Works that provide access to education and training in useful skills for people reentering society are important to breaking the prison cycle. Some other interesting approaches include entrepreneurship training to help people start their own businesses and the second chance business coalition, which encourages the nation’s biggest employers to hire people with criminal records.

If you enjoyed this and want to get involved, you can support the Quality Education cause on PennyLoafer, starting with as little as $5/month. Each month, you’ll support and learn about a different nonprofit working to improve the education system.