CATF is effective. They have a strong track record of achieving policy changes. They focus on realistic, scalable solutions to decarbonization. And their impressive team regularly contributes leading research to the field. 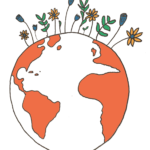 "It is unequivocal that human influence has warmed the atmosphere, ocean and land” 😬