In April, PennyLoafer donors collectively gave to The Trevor Project!

The Trevor Project is the largest suicide prevention and crisis intervention organization for LGBTQ youth. Their dedicated volunteer counselors and staff are creating a more inclusive world, saving lives and providing life-affirming services. In addition to their crisis support, their investment in advocacy, peer support and education work to ensure LGTBQ youth don’t enter a crisis in the first place. 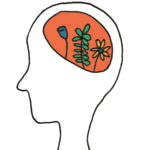 Warning: the stats around LGBTQ youth and suicide are stark.

Yet having at least one accepting adult can reduce the risk of suicide attempt for LGBTQ youth by 40%, and social supports significantly reduced this risk as well.

📜 Rise in anti-LGBTQ bills across states

For a population already at higher risk for depression, anxiety and suicide, it can be really tough to see the onslaught of legislation being presented lately. It’s only April, and 2022 is on track to set a record of anti-LGBTQ bills in state legislatures, with over 200 bills proposed so far. These range from barring classroom discussion about gender identity and sexual orientation to banning transgender youth from participating in sports.

You can make the difference in a young person’s life! It’s a one year commitment, with one 3-hour shift per week. The Trevor Project provides comprehensive training on trauma and LGBTQ competency. Learn more here.

If you enjoyed this and want to get involved, you can support the Mental Health cause on PennyLoafer, starting with as little as $5/month. Each month, you’ll support and learn about a different nonprofit working to make the world a healthier place.